Is it really December?

I have no idea where the year has gone, it seems the older I get the faster time passes.

This time of year is a good time to look back across the last 12 months as far as Bristol Grandparents Support Group is concerned.

We of course had our regular meetings, where we continued to welcome new members, and the group did as they always do sat and listened with empathy and compassion and where necessary held hands or offered hugs.

We can do nothing to change peoples situations but we can let people know they are not alone.

I was speaking to a grandparent this week who shocked me when she said,”I was suicidal when I spoke to you 5 years ago, it was talking to you and knowing I was not alone that stopped me.”

When I pick up the phone I am always aware of the responsibility of taking that call.

So 2017 started with an airing of a programme we and other members had been involved in, and we attended the lobbying day that was organised by Lorraine Bushell. Many MPs’ attended and Dame Esther gave up her time to come and support.

There were several calls from a variety of media companies wanting to do items, some were successful others were’t. It can be an arduous task, going over the same thing over and over again and then trying to find other grandparents prepared to take part. For those who do we are for eternally grateful, without you these would not happen.

There was an article in Good Housekeeping.

I had a call from an author who was writing a book about hands across the generations and wanted to use some of my interview with him. The book is awaiting a publishing date.

A midwife got in contact to tell me about an initiative so was hoping to role out and asked for some help, Grandnatel. She was setting up a group for grandparents who were soon to be having their first grandchild. She hoped to be able to discuss with them how things have changed from when we were parents, and they certainly have. I thought it an excellent idea.

I was asked to write a review on the lobbying day for AGA, Alienated Grandparents Association, in USA.

We embarked on having a film produced for us to help raise awareness, thanks to Telling Tales Films.

We went to Worcester to meet up with grandparentst as they launched their support group.

As a result of conversations with others we started the process of getting a change in The Children Act, it just would mean the inclusion of couple of words. This is ongoing.

“(2A)A court, in the circumstances mentioned in subsection (4)(a) or (7), is as respects each parent within subsection (6)(a) to presume, unless the contrary is shown, that involvement of that parent and their extended family in the life of the child concerned will further the child’s welfare.

“(2A)A court, in the circumstances mentioned in subsection (4)(a) or (7), is as respects each parent within subsection (6)(a) to presume, unless the contrary is shown, that involvement of that parent and any grandparents in the life of the child concerned will further the child’s welfare.

We did a recording for loneliness week, a week long feature on Radio 2, looking at all the different aspects of loneliness which was presented by Aneka Rice.

There was an interview with Radio Bristol with Ruth, one of our grandparents.

I was contacted by a grandparent in Nashville who wanted to set up a group, so we talked through how I set up BGSG.

Our video was nominated for Charity Film Awards, with results next year.

Dame Esther did several articles with the Daily Mail, featuring BGSG, this is a good time for us to thank her for her ongoing support for BGSG. As always after interviews or articles there is always a huge response of grandparents getting in touch.

Grandparents were signposted to BGSG.

The requests for interviews continue to come in, from all over the UK.

A programme that several of our grandparents were involved in earlier in the year was aired on BBC 1 HD.

In November we went to London to meet with Dame Esther, Nigel Huddleson MP, and the Minister for Justice Dominc Rabb.

It was a very positive meeting, the work is still ongoing and will continue into 2018.

Which brings us up to date.

Once again we have our “Tree of Hope” in the garden, messages have come in from all over the world. It is such a privilege to write all the messages out for grandparents, messages full of love. Just a little beacon of light.

Yesterday some members of BGSG came together for our annual Christmas lunch, always a lovely way to finish off the year.

I would like to give my personal thanks to all the grandparents I have spoken to, emailed and met this year, and to thank those whom I have now known for 10 years, for their amazing friendship.

The day to day running of Bristol Grandparents Support Group continues to increase and we rely on private donations, if you feel you would like to support us to be able to continue the work we do we would be most grateful.

To donate you can use the donate button that is on the website, or you can set up a standing order or through bank transaction. If you would like our bank details please let me know.

Thank you to those who already support the charity this way. 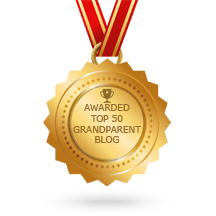