In 2020 I was contacted by Susan Cramer who had an idea.

She wanted to created a quilt with patches sent to her from estranged grandparents, I know only too well that when you get an idea like this, that is just the beginning.

Several years ago we created a tapestry of squares of embroidered names of grandchildren, it took months and months and explanation after explanation, measurements seemed to cause all sorts of problems!

Eventually it was complete and it was used at our fund raising concerts and articles.

Sadly we were contacted by someone who had estranged her grandchildren from her parents and insisted that it was removed from all social media etc.

Susan, was much more sensible, and didn’t use names.

I am delighted to share with you all the finish product.

Enormous thanks to Susan for having the idea and pushing it forward.

In her own words Susan explains how it all came about.

“In February 2020, I sent out a call asking grandparents to contribute a patchwork square or two for a quilt I wanted to make to raise awareness of the issue of grandchildren being deprived of enjoying a loving relationship with their grandparents.

Over the following year I received a steady trickle of patchwork squares and I eventually had enough to sew together and I made a 2 1/2metre x 2 1/2metre quilt.  My only instructions were for the measurements and to design a square that reflected the grandparents’ feelings about their family estrangement.  I was delighted with the creativity and thoughtfulness of the contributions, let alone the skilful needlework.  People responded from all parts of the country.  We certainly aren’t alone!
The patches really tugged at my heartstrings, as did the accompanying letters.  What struck me was how similar all the stories were, and how love and longing for cherished grandchildren is universal.
I was concerned the quilt would be an image of sadness, but, I found that wasn’t the case in the end.  I believe the quilt reflects the grandparents’ fortitude, care and love.  Overall, the impact is one of devotion to our grandchildren and our longing to see them again.  As one contributor said, “The quilt is something tangible and not just words that can be lost and forgotten.
This is the first quilt I have ever made but, despite my inexperience, I was determined to create an artefact that would raise awareness.  In the end, all children need and deserve to know they are loved and I know the quilt symbolises that.” 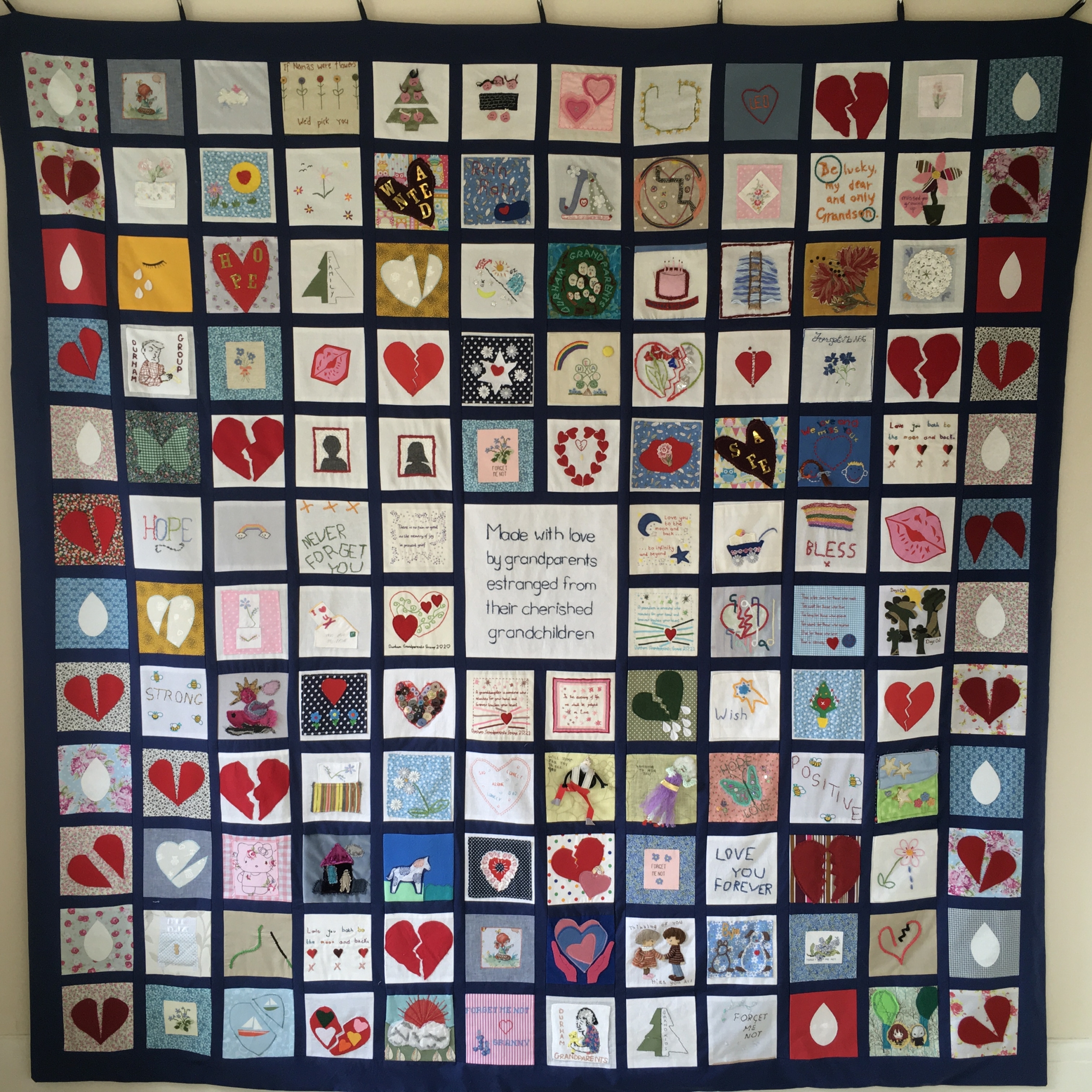